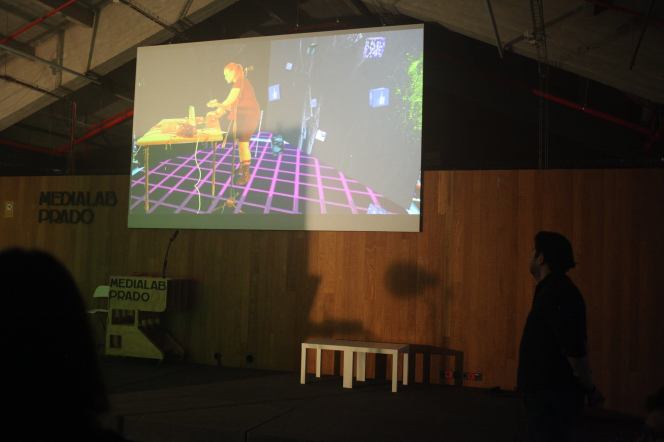 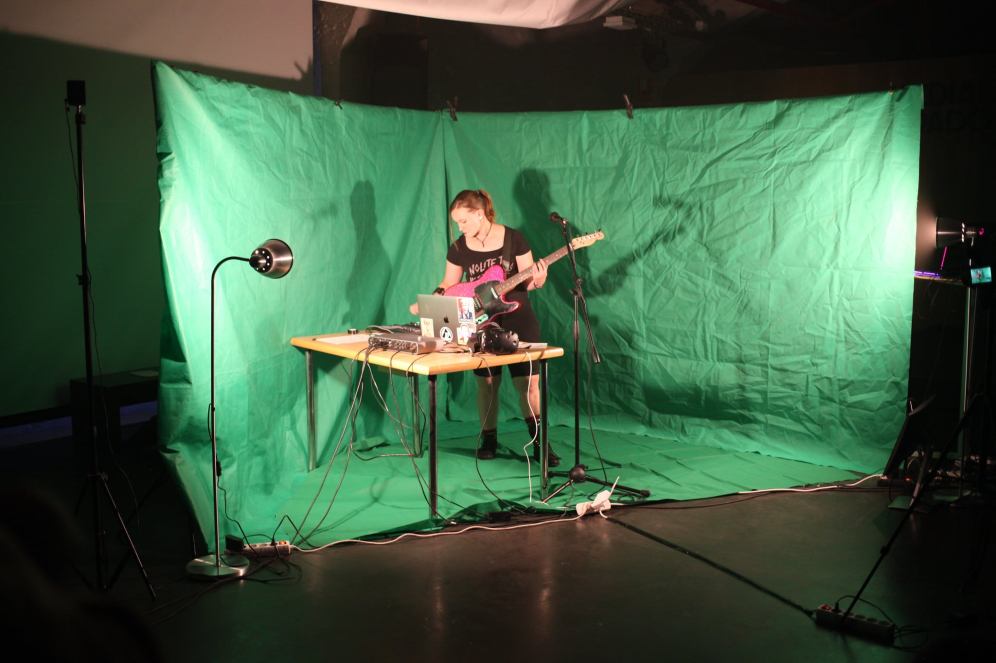 We´ve been experimenting with combining music performance and mixed reality. We made a test video with a new song by Alayna. Pier is playing the drums in VR. We made the setup in Unity and used Soundstage for the VR instruments. We plan to branch this into a full performance and streaming show.

A performance and song inspired by the numerous events now documented on phones , whether it´s police brutality or war

“History Repeats” (Rehearsal) A performance inspired by the quote that “those who do not learn from history are doomed to repeat it”.

Performed as part of a controller competition, this is a jitter performance controlled in realtime via a wireless controller. There is a choice of note for every performer and the task is to select the correct notes so that the performers harmonize.

A Clip from a performance with Nona Hendryx using the Music Suit at “IEV 2016” and some of our 3D printed wearables.